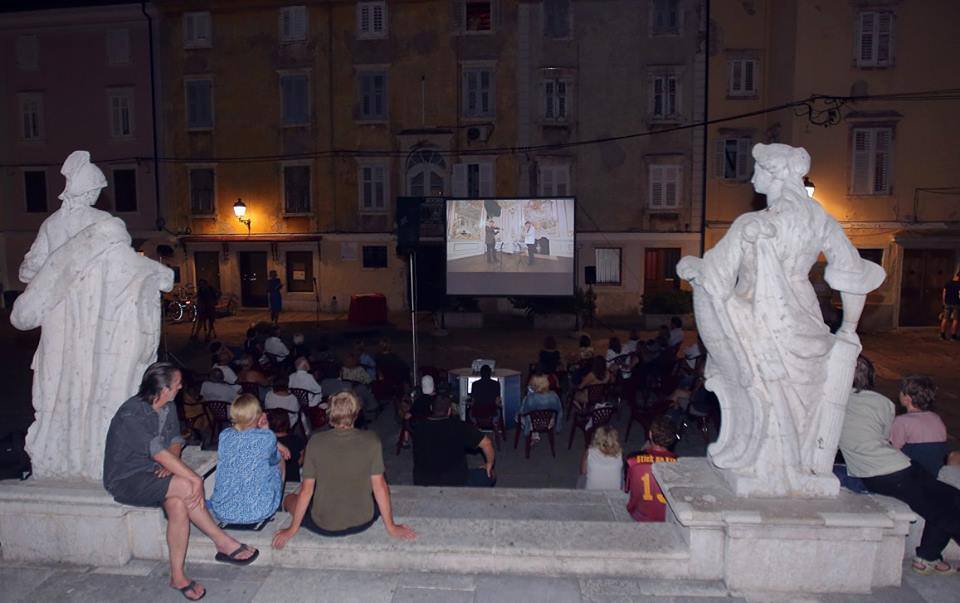 Museums in Short 2017 winners have been announced at Piran (Slovenia), in an open-air event open to museum experts, citizens and tourists. The international award for the best short video related to museums went to the Museum of Yugoslavia from Belgrade (Serbia). The organisers conferred the Prize on the director, Neda Knezević, for the video “Russian Avant-Garde in Belgrade”.

The audience award (votes collected online) went to the Museum of Archaeology of Pella (Greece): more than 3.000 people participate to the online votation, using the open platform www.museumsinshort.eu.

Mondriaanhuis, the museum dedicated to the great Dutch artist Piet Mondrian located in Amersfoort (the Netherlands) received a special acknowledgement for the inspiring visual exhibit dedicate to Mondrian in New York.

The contest Museums in Short 2017 received 40 short videos submitted by museums from across Europe and the award ceremony took place in Piran in the framework of Piranova – International Heritage Research Centre, established by the Forum of Slavic Cultures.  In the framework of the open-air event visitors had the opportunity to watch the best short films from previous editions, including those contributed by Micropia and Van Gogh Museums from Amsterdam and the Victoria and AlbertMuseum from London. All videos submitted are available at the Museums in Short website. Launched in 2012, Museums in Short aims tobroaden the knowledge of the role of museums, both in the technical field that of historical or artistic, as innovative players in the field of video production.

The film “Russian Avant-Garde in Belgrade” was made as a part of the project implemented in 2015, with an aim to mark the centenary of the creation of the painting Black Square, a masterpiece by Kazimir Malevich, which was hosted in the Museum of Yugoslavia. The narrative presented in video animation combines selection of works that were on display at the exhibition “Russian Avant-Garde in Belgrade” with most iconic artworks related to this movement. The exhibition was composed of 117 works by well-known artists such as Vasily Kandinsky, Alexander Rodchenko, Ivan Kliun, Alexander Archipenko, Alexander Vesnin and Kazimir Malevich, covering almost all movements of the Russian avant-garde and this concept is reflected in the film also.

Starting point of the film is setup for “The Last Futurist Exhibition 0.10” that was held in 1915, when Black Square was exhibited for the first time. This set up is kept throughout the whole movie in a form of canvas that serves for animation of artworks, aiming to introduce several different phenomena. The first part of the movie treats paintings that are replacing figural representation and introducing geometric forms in artistic expression, after which follows the part dedicated to constructivism, ending with a sequence representing costumes for theater play made by Sergei Eisenstein, which were part of the exhibition in the Museum of Yugoslavia. The film has encountered a great reaction from the audience when it was played, during exhibition opening, and it represents a step forward in the local museum practice.

The Mondriaanhuis in Amersfoort was renovated to coincide with the 100th anniversary of the De Stijl art movement. Tinker imagineers created and produced the multimedia concept and the new interior design. Visitors follow Mondrian, pioneer of abstract art, on a journey along the cradles of his unique art.

Mondrian spent his last years in New York, where he made a fresh start: he got rid of the black lines and explored new spaces in his work. He discovers that lines are planes in themselves. Reinvents himself, focuses on movement. The American influence becomes clearer: boogie-woogie music, Disney films, the city that never sleeps. Everything he has created up until this point comes together. His Victory Boogie Woogie is never finished.

Visitors are involved in the artistic quest from Mondrian’s New York period through an immersive video installation, in which his work, the city, and his favourite music all melt together. Mondrian went through a theosophical evolution, from reality, via dreams to spiritualisation. We put visitors in a dreamlike state, to allow them to follow in his footsteps. It’s not like they ‘become’ Mondrian, but rather that they get to visit his dreams. They look in on those dreams, see flashes from the world outside: brief, distorted, subjective and finally experience his liberation. The squares are elongated into lines, there is no stopping. They run over the visitors, slide up the walls. Ever further, ever stronger, the rhythmic interplay of forms takes over the entire room until the whole room is turned into a swinging and dancing field of squares, of which the visitors quite literally become a part! Balance! Liberation! “I’ve arrived”, Mondrian would say.

The multi-media concept represents a new approach to the use of film or video in museums. The carriers are part of the story in themselves. When visitors enter the New York room, they see a cube (the white canvas) with an illuminated frame. The gauze is lit and semi-translucent. The cube represents the most abstract form of Mondrian’s studio, but this spacial carrier is also showing his inner and outer world, switching seamlessly between the two. Eventually, the film leaves the canvas,